So last year I wrote up the 2017 T-Man Movie Awards and talked about some of my favorite movies of the year in a wide variety of categories. This year I ended up naming my gaming superlatives the Manatees (see here and here, with special thanks to my good friend HarveyZ) and it seemed a shame to not also do awards for 2018 movies as well. Since I was struggling with a name for them last year, I might as well adopt my gaming name for movies as well. I will mostly be using the same categories as last year, with a few changes here and there. Some categories will have runners-up if I felt like there were multiple movies that were worth mentioning – others will only have one if they were particular standouts or if nothing else really impressed me enough to be mentioned.

Without further ado, I present to you TMan’s Movie Manatees for 2018!

Bestest Most Favorite Movie of the Year

Bad Times At The El Royale 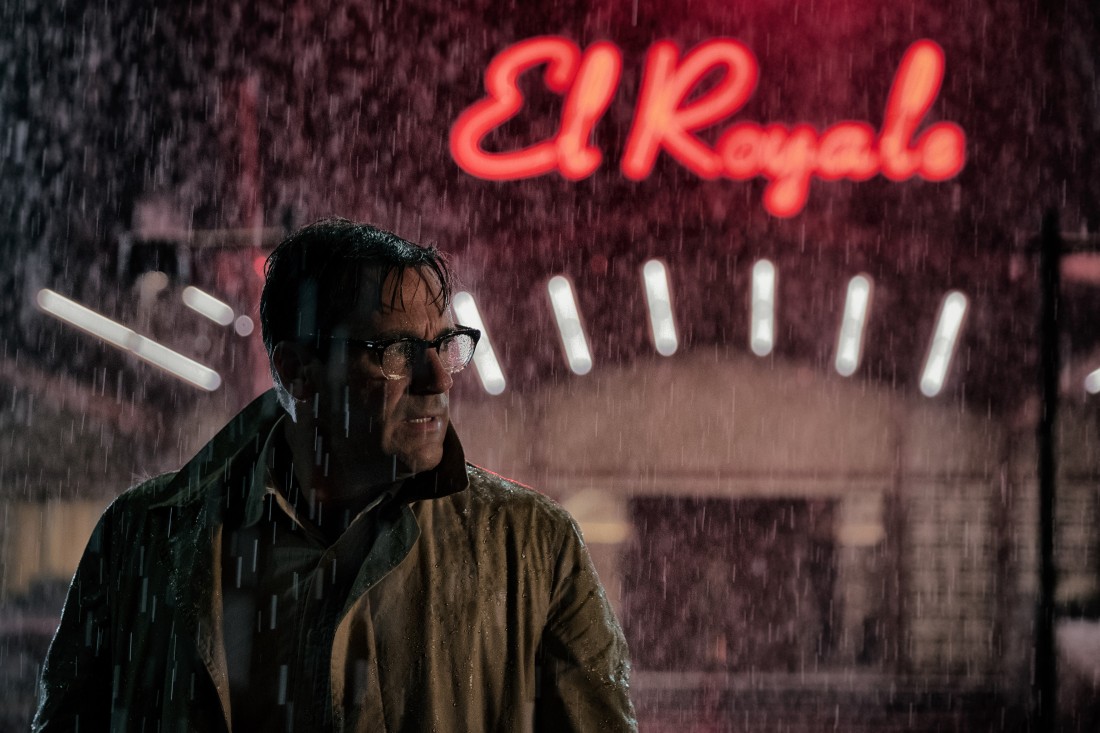 When I first saw the trailer for this movie my mind immediately said “I have to see this movie.” And then I promptly forgot about it for a few months until I saw another trailer and realized it was releasing out in a week or so. I got excited all over again and went into the theater expecting a pretty good movie. I came out of it in awe and amazed at how it had jumped to the top of my favorite movies of the year.

The cinematography was magnificent. There’s a scene towards the beginning of the movie that (if I remember correctly) was one long shot with a spellbinding song sung by the lead actress Cynthia Erivo that just kept my eyes glued to the screen. All the characters were superbly acted and the Tarantino-esque structure to the movie was a great framing device for the plot. There are quite a few plot twists that you can sort of see coming and then some that took me completely by surprise.

The fact is Bad Times at El Royale really is the winner of a lot of the upcoming categories – nobody saw it, it was very pretty, and it’s totally a T-Man movie since the main plot takes place completely in the confines of the El Royale hotel. It dominates in a lot of areas and really blew me away in so many different aspects that there’s no other movie close to being my favorite movie of the year.

Spider-Man: Into The Spider-Verse

This year was packed with superhero movies – Black Panther, Infinity War, Deadpool 2, Aquaman. But the best one of them all was an animated gem released right at the end of the year. Into the Spider-Verse is a charming movie with humor, heart, and a great message. The animation is beautiful and they expertly write and characterize Miles Morales, Peter Parker, and Gwen Stacy. Plus there’s Nicolas Cage voicing Noir Spider-Man – what’s not to love about this movie?

In the age of the Marvel Cinematic Universe and every company trying to ape that with their superhero movies, it’s very refreshing to see a movie outside of those boundaries that just excels in every way. It’s why monopolies are terrible and diversity is grand. It’s a superhero movie with a message and became an instant classic Spider-Man story in my opinion.

Sorry To Bother You

It’s really hard to describe why Sorry To Bother You is a fantastic movie. It’s absurd, satirical and surreal but very on point with its racial dialogue and the deconstruction of capitalism. There is a LOT to unpack from this movie after you see it due to all the metaphorical commentary. Layers upon layers upon layers of things to think about – which is very impressive since it’s a movie billed mostly as a comedy.

It also has one of the craziest, wild, most unexpected twists in a movie that I’ve ever seen. No joke, this movie’s third act is complete off-the-rails insane and I loved the movie for it. Boots Riley (the writer) decided he was going to swing for the fences and ended up breaking out of the atmosphere. Much like Colossal last year, it’s really hard to talk about this movie without ruining the twist so I just have to say see it for yourself. Unlike Colossal though, Sorry to Bother You’s swerve is 100% fantastic and I loved the movie for it – but it could be just as divisive. 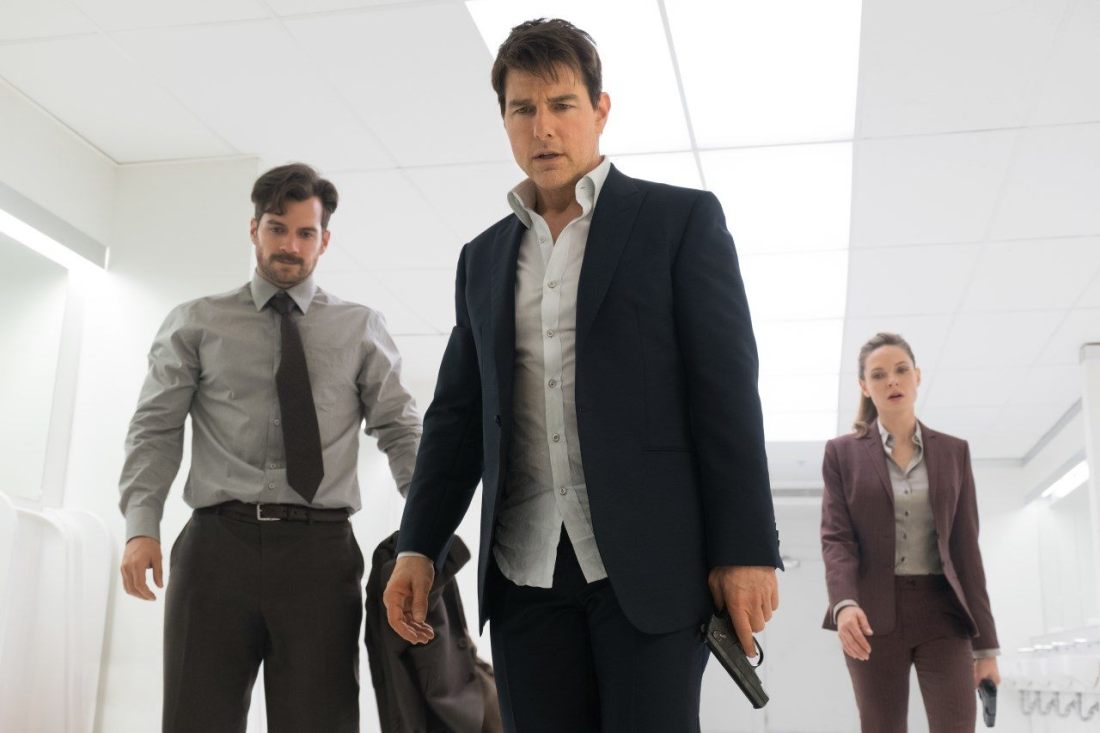 How does Tom Cruise do it? Mission Impossible was supposed to be a franchise that was written off after the horrible dove-laden, mask-ripping John Woo directed MI:2. Instead the sixth movie is up there with the best of the franchise (and had some of the best action set pieces of the year) and now there are apparently two more coming in 2021 and 2022?!

MI: Fallout is the first movie to really use all of the franchise entries, as the same villain from MI: Rogue Nation surfaces and it brings together most of the previous’ movies characters in a big way. Henry Cavill is a great addition and the bathroom fight sequence is infinitely rewatchable due to its brutality. The plot is about as coherent as Mission Impossible plots usually are, but that doesn’t detract from the awesome adrenaline rush of every action sequence. If you’re sleeping on the MI series you’re missing out because it’s become one of the best action franchises next to Fast & Furious.

As I mentioned earlier, Bad Times at El Royale is technically the best T-Man movie as it meets all the requirements: it takes place in a confined space of some sort, it involves people turning against each other (humans vs humans) and people start dying. However, because it’s the best movie of the year I decided to highlight another movie as the best – it’s a Liam Neeson action thriller and this time it’s Liam Neeson on a Train!

It’s a different kind of T-Man movie – protagonist trapped in a location (usually mobile or on a deadline) working against an antagonist (and a clock) and trying to solve a puzzle of some sort. The Commuter delivers this in spades as Liam Neeson has to identify a passenger for a mysterious person or people will die. It’s Liam Neeson being Action Neeson with all sorts of crazy train hijinks and him speaking in a Neeson-like manner into a phone. It wasn’t better than Non-Stop (another Liam Neeson T-Man movie) but it was the best offering to fill my specific niche this year.

So I had some problems with Aquaman as a whole – it felt like it went on for too long, the plot didn’t really start until an hour into the movie, and a certain side-plot seemed to exist only to set up sequel hooks. But what it didn’t fail at was showing off Atlantis in some pretty gorgeous cinematographic shots. James Wan did a phenomenal job in directing and set up some amazingly beautiful shots during the movie. While there was a lot that could be improved to the overall movie, it was one of the few movies this year that made me go “wow” just from the visual spectacle.

There weren’t a lot of “turn your brain off and just enjoy it” movies that I saw this year, but damn if Robin Hood wasn’t exactly what I was looking for in that aspect. It starts off with Robin fighting a war with bows and arrows and they’re dressed like modern military and the cinematography style is that of a modern war movie. But it takes place in regular medieval Robin Hood times. The movie just embraces camp from the beginning and won my heart because of it.

The fact that they treat bows and arrows like guns in the movie – Robin Hood turns corners with his bow taut, ready to fire like he’s a lead actor in a police procedural – just adds to the dumb fun. There’s a bad CGI horse chase that tries to be medieval Fast & The Furious, there’s bad one-liners, there’s a love triangle that’s really a love line but the antagonist just doesn’t realize it yet, there’s Ben Mendelsohn hamming it up as the villainous Sheriff. It’s everything I hoped it would be and I wasn’t disappointed in the slightest.

Best Movie I Was Surprised I Liked

After the “like a turd on the wind” trailer, I was sure Venom would be just that – a wet fart of a movie that signaled the end of Sony’s claim on Spider-Man. But at a friend’s urging I saw it and was actually pleasantly surprised that it turned out good. Like Into The Spider-Verse it was a different take on what a superhero movie could be in that it was more about what an anti-hero superhero movie could be. Eddie & Venom play off of each other well and Tom Hardy does a great job of being both (although I still have no idea what accent he was trying to give Eddie).

Should the entire first section be excised and maybe used as a flashback instead? Sure. Is the final fight a CGI mess where you can hardly tell what’s going on? Yep. Is Woody Harrelson going to be wearing a terrible wig in the sequel? You betcha. But Venom was surprisingly enjoyable and I’m actually kinda glad it turned out well – despite the awful turd dialogue.

I loved The Equalizer a lot and am sad that I never got around to seeing it. I’m sure it would have shown up on this list (probably under Best Action Movie) if I had found time to see it, but alas I did not. I’ll probably Redbox it in the near future to see if the sequel holds up. I hope it does – the first was excellent. Anyway, not much else to say on this one since I didn’t see it, but I really wanted to and sometimes that deserves an award, right?

And that’s it for this year’s Movie Manatees! 2019 looks like it’s gonna be another stellar year for movies – will a Spider-Man film take the Best Superhero Movie crown three years in a row? It’s very possible since the trailer dropped and showed off my favorite villain in the whole Spidey universe. Who knows, but I’ll definitely see you right back here in another year for more Manatees!