This past NFL post-season when the playoffs reached the final 4 there were three teams who had never won a Super Bowl Championship – the Jacksonville Jaguars (go Jags!), Minnesota Vikings, and Philadelphia Eagles. The fourth team was the New England Patriots who have been to the Super Bowl 8 times in the last two decades and won 5 of them. Needless to say, the majority of people were rooting for a new team to win the Super Bowl while mostly only New England fans were hoping for the Patriots to win. Similarly in the first season of the Overwatch League, the New York Excelsior were the dominant team for the entire season and people quickly divided into two camps: the NYXL fans who wanted to see the team completely destroy the competition in the playoffs and win it all, and the people who weren’t fans who wanted to see an underdog topple the champions.

It’s an interesting phenomenon that exists – when people are on top of their game in a competitive sphere, they’re everywhere. And if you’re a fan of that person (or team, or group, or whatever) you can’t get enough of them. But if you’re not a diehard fan, you tend to gravitate towards anybody but them – and in some cases start developing outright animosity towards those so good that they’re constantly on top. When you practice and practice and practice, and get to be so good at something you’re probably on top of the world and your fans are right there with you – but you’ll likely have also accumulated a group of haters.

Which brings me to my point of this article: I hate being that good at anything, especially in regards to video games.

I don’t like breaking games. I don’t like feeling overpowered or destroying everything in my path. I don’t like it when I can waltz through a boss and not have it pose a challenge in any way. I also don’t like games to be unfair or cruel or buggy – bad game design is not the same as challenging game design, but I’m not the type of person who seeks out the best way to grind 50 levels in a half hour so the rest of the game becomes a cinch. I want my video games to provide substance and a challenge.

Take Octopath Traveler (which I reviewed last week). It’s designed as an open world RPG and there’s nothing stopping you from visiting the late game towns as early as you want. Provided you can avoid or flee from the harder enemies that surround the later towns, you can loot and ransack late game weaponry and armor for all your characters that makes the rest of the game easy. With Therion’s steal path action you have a low percent chance of stealing some great stuff, and if you have the patience to reload a save until the RNG gives you the item you can outfit your characters with equipment you’re not supposed to have until 40 hours after playing for barely 5 hours.

It’s not a flaw in the game design or cheating in any way, but to me this breaks the fun of the game: especially in a single-player game where it’s you versus the AI in the first place. Once you’ve gotten this late-game equipment, the combat loses any of its challenge for the rest of the hours you play. I don’t understand it – and yet many players have chosen to proceed like this. Similarly, there’s an enemy that’s very rare but bestows a lot of experience if you are able to fight and kill it – and with a special ability of the character Primrose the experience it provides can be multiplied by a hundred, which could level up your party by 10 or 15 levels in one sitting. Some people chose to grind to find this enemy and use the ability to get a boatload of experience just to make the rest of the game easier. And while they’re using the systems that were put in place in the game, I just don’t see how that’s more fun than progressing the normal way.

This is partly why I tend to peter out on games when I get closer to the end. When I’ve maxed out all my abilities and the combat or minute-to-minute gameplay stops providing challenge and is instead just me showing off how powerful I’ve become, I lose interest. Hollow Knight is a recent example of that for me – I’ve explored 90% of the map and got all the requirements for the last boss taken care of and have all the abilities, but now it’s just kind of boring to mop up the last few side quest things. 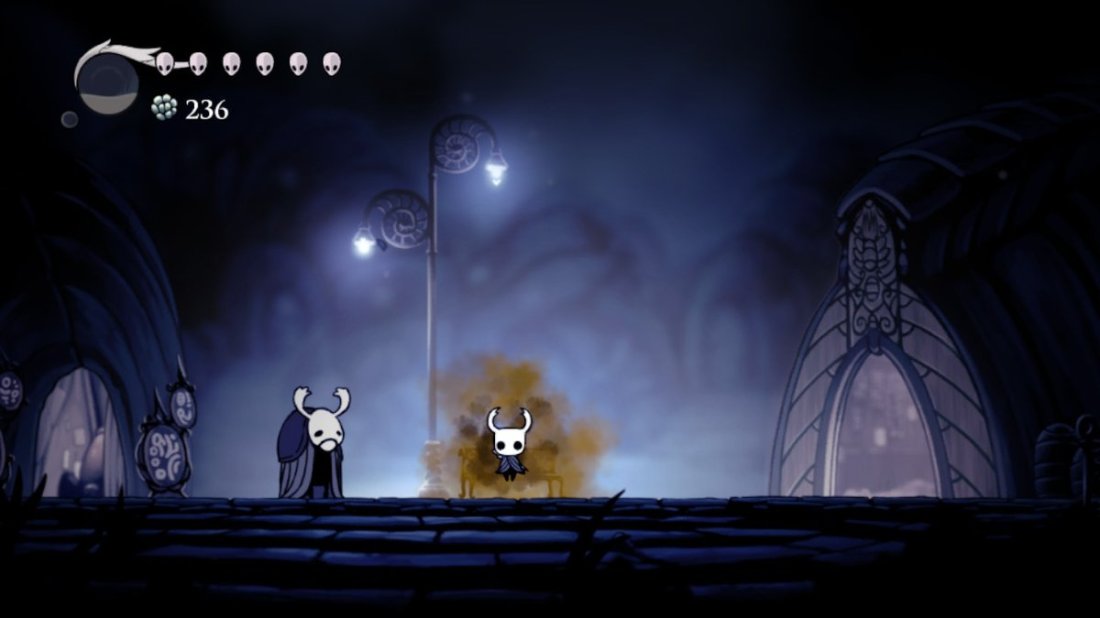 Hollow Knight is a great game, though. I really, really -want- to finish it.

It’s also why I rarely am the best at any multiplayer games. I’ve put a lot of hours into Overwatch, but I’m not good at it. In fact, if I was I probably would have dropped it a long time ago. Whenever I play Overwatch I’m always trying to get better because I know tactics and strategies from watching Overwatch League and pro players streaming, but my actual mechanical skills are low and in the heat of the moment I lose track of the ball. And while I get frustrated, I always return to the game after a break simply because I know I have room to improve.

But once I’m really good at a game (especially multiplayer) it doesn’t provide a challenge anymore. I don’t feel like I’m improving in any way and my interest in the game lapses. When I was younger, I was really, really good at a game called Tetris Attack. I was good enough that, in general, my friends didn’t ever want to play it with me because they’d nicknamed the game “T-Man Wins.” Because it was true – basically every time we played the game, I won. I enjoyed the game and it’s still one of my favorites – but it became boring for both myself and my friends that the same outcome would happen any time the game was booted up.

I’m currently having that trouble with South Park: Phone Destroyer – my singular mobile game addiction. Since around February of this year, I have hovered in the #1500-#3000 Legendary rank (meaning I’m in the top 1500-3000 players of the game in the world). My peak rank was just shy of #1000 but I’ve never broken into the 900s. At this point my skill is no longer a factor as the only thing holding me back is the level of my cards and I’ve reached a point where it basically takes around a month to upgrade a single card that I use in my deck. So unless I’m willing to drop thousands of dollars into this game and become a true whale, I’ve essentially hit the peak of where I’ll be in this game.

And because of that the day-to-day of playing the game has ceased to be fun. The matches themselves are rarely fun. I either get matched with somebody way higher with stronger cards who destroys me easy, or I get matched with somebody way lower who I destroy easily. On the rare occasions I match with somebody of similar skill and card level, the matches still aren’t that fun as I’ve played out the strategy of my deck to death for the last six months and know exactly which decks counter my deck and which decks I’ll be able to eke out a win from. Occasionally I’ve looked at myself playing the game and thought “Why am I still playing this, it has lost all fun, it’s just routine at this point.”

It took a month to get this guy to level 6. It would take at least three to get him to 7. Kill me now.

Recently the game added a new challenge mode which has briefly revitalized my interest in the game. Instead of just being regular ranked where skill and card level matter, each week the challenge mode levels out everyone’s cards to a specific level regardless of how much money they’ve spent and then adds a quirk to the fights which changes up the strategy. And this is fun to me because every week I get to play with new cards and switch up my challenge deck and experiment to see what works best. Unlike my main ranked deck – which I can’t tweak at all if I want to stay competitive because, again, it takes a month to upgrade cards at my level and so any tweak will be a massive cost of resources – I can swap cards in and out just for experimentation’s sake and as a whole it’s made the game way more palatable and fun. Unfortunately the challenge mode only lasts two days, and so the rest of the week I’m ambivalent to the game again.

I applaud the dedication of people who get so good at something they crush all their competitors. But it must be exhausting and possibly boring, too. There was an Overwatch streamer named DSPStanky who got really famous (in Overwatch circles) because he was one of the best and most entertaining Lucio players around. But eventually he got tired of playing Lucio all the time and became a variety streamer instead of just streaming himself playing Lucio in Overwatch every day. And I get that – I understand him. But he also lost a lot of his following when they realized he wouldn’t do his one trick for them over and over.

It’s why games like XCOM 2 always draw me back. Even though I’ve beaten the game multiple times, each new playthrough presents new challenges and I never feel like I’ve mastered the whole thing. I just started playing the Long War 2 mod for the game which changes a lot of the fundamental mechanics and strategies and even though I’m very familiar with XCOM 2 it’s still like playing a whole new game. I’m frustrated and baffled when I miss shots – but I’m also ecstatic when I pull through in a strategical way that I didn’t expect.

So that’s my personal opinion. I salute the Tom Bradys and Dafrans of the world who can be on top and be the very best at one thing. But it’s not for me. I’d rather be challenged in a new way after mastering an old way.