So if you hadn’t heard in the news today, Kelly Marie Tran deleted her Instagram account because of months of targeted harassment due to her playing Rose in The Last Jedi. The main rage impetus behind her harassment was the fact that Rose as a character was viewed as awful and in general many people didn’t like her plotline or her existence in the movie. Of course, rabid jerks continued the harassment well after all The Last Jedi hot takes were over for a multitude of reasons – she was Asian, she wasn’t the usual Hollywood conventionally attractive female, she was in a movie they disliked. You know, all very normal things to harass somebody for months on end about.

This isn’t the first time that Star Wars fans have made a person’s life miserable after the movie came out. Jake Lloyd was harassed after he played a ten-year old Anakin Skywalker and shattered high brow nerd’s views on Darth Vader. Hayden Christensen has been mocked eternally for his role as Anakin as well. The actor who played Jar Jar received a ton of backlash from fans despite the character intending to appeal to children. In 2016 Daisy Ridley also deleted her Instagram account – while this wasn’t specifically about Star Wars, but rather her anti-gun violence stance, she was still harassed online for it. Rian Johnson, the director of The Last Jedi, has gotten tons of vitriol over Twitter. I’ve seen tweets of people threatening to kill Kathleen Kennedy – the current president of Lucasfilm. Alden Ehrenreich doesn’t even have a social media presence so we don’t really know how people would have directly treated him for being cast as Han Solo, but considering the lead-up to the release of the movie there’s a good chance he might have been targeted as well.

While a lot of people get very animated about things that they love, fans of Star Wars sometimes feel like they are on another level. The reactions to all of the recent Star Wars movies have been divisive at best and outright lunacy at worst. The Last Jedi, months after release, still gets people angry if it’s mentioned as a good movie. Discussion about Kelly Marie Tran’s harassment today was often prefaced by “Well, I hated her character, but-” as if disliking her character was an important point to add to the discussion of her targeted online abuse.

So what is it about Star Wars in particular that drives fans to total insanity when new stuff comes out for it? Why is it that nobody appreciates new Star Wars and the original trilogy has to be preserved as some holy relic of cinema?

I’m talking about Star Wars fans? Oh, I have a bad feeling about this.

Well there are several reasons. The first is that for a long period of time, the original trilogy was all people had. “Star Wars” vs. “Star Trek” was always a big “nerd” war, but it was three movies versus many TV episodes AND movies. Fans of Star Trek had Next Generation, and then Voyager and Deep Space Nine and there was always a new movie coming out. Meanwhile, people who loved the Star Wars universe had three movies to watch and rewatch and familiarize themselves with (and some expanded universe books) so it became a religious experience.

Then when the prequel trilogy came out (and later the modern movies) and it either messed with the canon that people had familiarized themselves with for many years or didn’t live up to their expectations or just flat out wasn’t what they wanted – it was a disappointment and made them angry. For the Star Wars Christian fanatics, the prequels and modern movies became a Book of Mormon add-on to their OT Bible that just didn’t make any sense.

It becomes easy to discount additions you don’t like simply because they don’t fit into your world view (or are just plain bad – you know, like the fact that there’s only three Indiana Jones movies). The problem is taste is subjective and while certain “fans” may vehemently dislike the direction that the Star Wars universe has taken, it doesn’t give them the right to harass and maim the people who either made the new movies or even just watched and enjoyed them. If you want to believe the original trilogy is the only thing that exists in the Star Wars universe, that’s your right – but you can’t will that on the rest of the universe.

The second reason is that for a lot of people Star Wars represents their childhood. And somehow (don’t ask me how) their “childhood” gets “ruined” by new entries in franchises they loved as a child. Nobody is going back in time and forcing everyone to watch Phantom Menace in the place of all those happy Empire Strikes Back viewings. Your memories of the old movies are not being replaced or altered – they stay the same, just like all your other happy memories. If George Lucas makes a bad Star Wars movie, he’s not physically going into your mind and leaving diarrhetic marks all over your brain. You see the movie, you either enjoy it or you don’t, and you move on with your life.

Nostalgia is a hell of a drug, though, and it makes people go up in arms over silly things. For some people, childhood was the time of innocence before the harsh reality of adulthood. Where instead of worrying about loan payments, credit card bills, and 40+-hour work weeks you got to sit in front of the TV and watch Obi-Wan Kenobi teach Luke about the Force for the umpteenth time. And it’s important to preserve that innocence at all costs – which means new entries in a franchise could somehow bring the harsh reality of life into your happy childhood memories. For others, it’s simply that everything as a child was better and nothing good is created anymore. That innocence of their childhood led way to getting actual enjoyment out of things before they became embittered and angry and yelling at kids to get off their lawn.

There’s also a weird subset that enjoys seeing things that don’t conform to their expectations do poorly. People who actually get enjoyment out of something crashing and burning instead of simply being a positive force and enjoying the things they enjoy while letting other people enjoy things they enjoy. The following twitter thread explains it better than I ever could and is by another person who has been harassed by the Star Wars community simply for doing things that they didn’t agree with:

oh my god these people

And of course, there’s the special subset of people who harassed Kelly Marie Tran because they didn’t like her character and for some reason they couldn’t differentiate between the actress and the character she played. Obsessive fans do this from time to time – just ask the Supernatural fans who think that the two main stars are actually gay and their wives and kids are just beards to hide their secret life. Not every fan is that crazy, but in the age of social media when contact between fans and their idols of worship (or hatred) is direct, it becomes harder and harder for the obsessive to differentiate between the two, and more importantly it’s easier and easier for people to just direct their dislike of a particular character directly at the people who played them.

But most fans who disliked the character and harassed the actress who played Rose did it hoping that their harassment would somehow change the character? Maybe? Like if they said enough terrible things to Kelly Marie Tran, she would give up and go “Hey, make my character better in the next movie for these knobs who keep leaving me hateful messages on my Instagram page!” I don’t understand it myself, but apparently it was a thought because people did it. 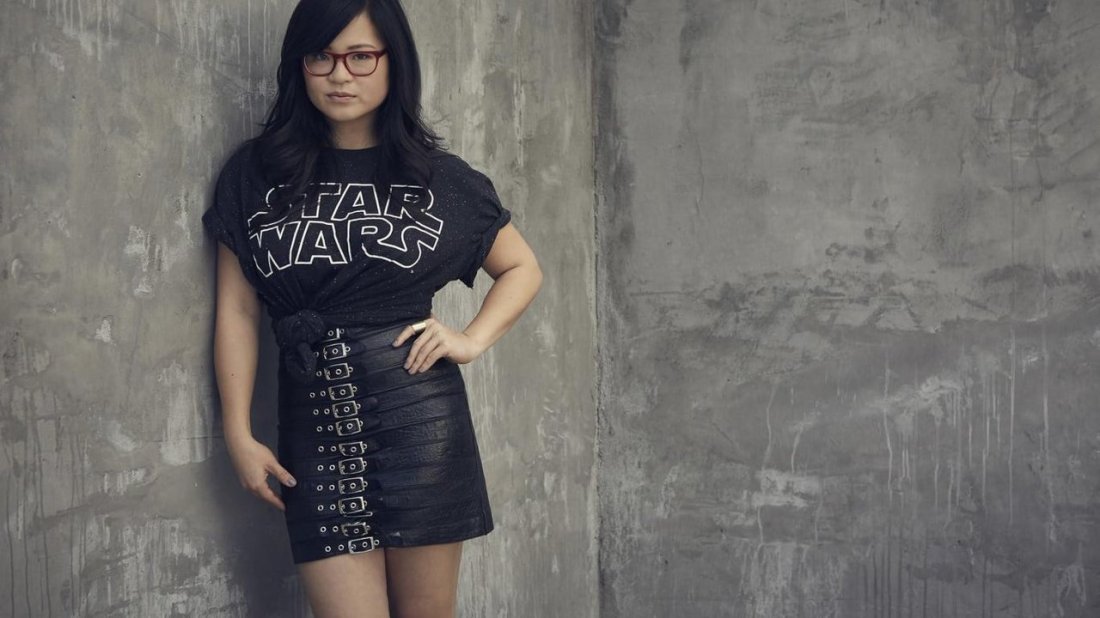 So those are a few reasons why Star Wars fans turn toxic when confronted by new material.

It’s also because some of them are just racist, bigoted manchildren.

Don’t get me wrong, I’m all for analyzing a situation and coming up with rational explanations as to why, for some reason, the Star Wars fan base seems to have its own stupefying brand of toxicity. But let’s face it – the main reason why Kelly Marie Tran was forced off Instagram due to racist and sexist harassment wasn’t because of some threatening of their childhood memories or some allegiance to the original trilogy. It was because she was Asian, female, and not as big a star as most of the other faces from the movie. She was the easiest target despite all accounts of her being a wonderful, nice person.

Nerd culture has always been dominated by white males and it’s no surprise that the alt-right/Gamergate/general terribleness is a part of Star Wars as well. Some people are fans of Star Wars, and some people are “fans” of Star Wars and just use it to propagate their awful world view. Star Wars doesn’t have any meaning to them just like they don’t actually care about kneeling during the anthem or Samantha Bee using a dirty word. They’re just using it as another prop that allows them to be bigoted and racist towards people they don’t like.

Kelly Marie Tran is a wonderful person who got the role of a lifetime getting to be the first female POC main character in a Star Wars movie. And then she got so belittled and harassed that she was forced to remove herself from her Instagram – which from what I understand was a purely positive social media account. She doesn’t deserve harassment for being a character in a movie. Nobody does. More importantly, she doesn’t deserve harassment for her skin color, gender, body shape, or anything else. Nobody does. It’s important for everyone, regardless of whether you enjoyed new Star Wars or not, to stand up against the racist and bigoted and make sure they don’t get what they want.

All this has done is make me like Kelly Marie Tran more. And now I like Rose as a character more too, just to spite all the jerks out there. And there’s nothing they can do about that.